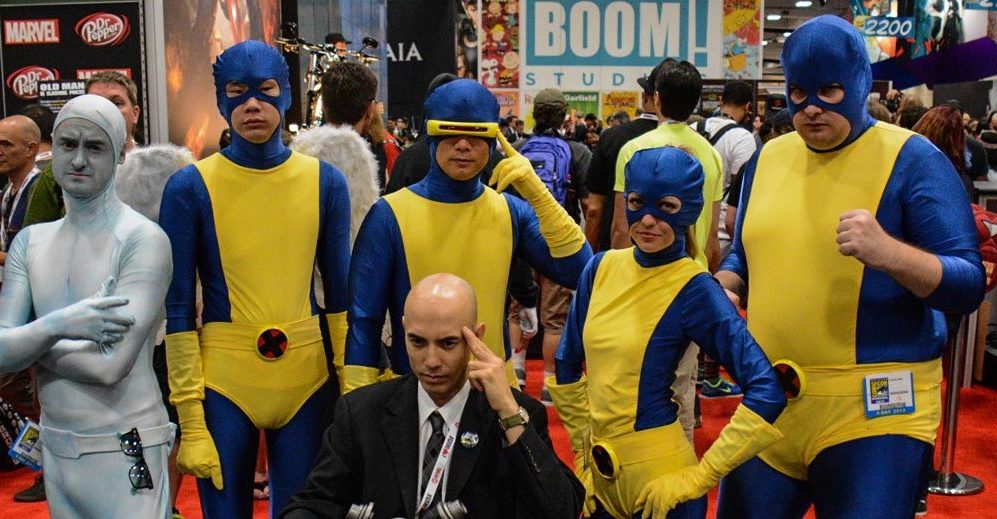 10 most interesting facts about „Comic Con“

On 2-3 December the first „Comic Con Baltics“ will take place Vilnius, Lithuania, exhibition centre LITEXPO, the one and only in the Baltic States. The attendees will be able not just meet other like minded people but also see and talk with their beloved heroes and creators of movies and TV series. First „Comic Con“ happened in 1970 in San Diego, California and is counting almost 50 years of history. We want to present you with 10 most interesting facts about „Comic Con“ and to invite you to see it live in the beginning of this December.

First ever „Comic Con“ was organized in 1970 in San Diego and had 300 attendees. At that time the well known comic book creator Jack Kirby (the creator of Captain America, Hulk and other popular „Marvel“ comics) participated as a guest. From that time J. Kirby and „Comic Con“ had a very solid cooperation. In 1992 the author decided to celebrate his 75 years anniversary in the event.

In 1979 „Comic Con San Diego“ was darkened by robbery – someone stole coupons of 12 thousand dollars worth. Because of that, the organizers asked help of all the attendees of the event. And so they helped by raising the money to pay out the debt.

The popularity of “Comic Con” around the world is clearly visible and the demand of the tickets is exceeding the supply. In 2016, San Diego “Comic Con” sold all of their 130 thousand tickets in one hour!

It was counted that “Comic Con” is one of the most profitable event for the city of San Diego. More than half of attendees arrive from other cities or even countries. That is why in the event that happens for 4 days, around 170 million dollars are made. Approximately 42,5 million dollars per day!

If by chance you have  superhero costume in your closet – the best place to wear it is „Comic Con“. In 2015, Salt Lake City received 1784 people dressed up like superheroes according to extremelly strict rules. This allowed to break the Guinness World Record of 1530 cosplayers that was achieved in 2011 in Cangzhou, China.

Just recently, on April 8, 2017, in Dubai‘s „Comic Con“ street artists from all UAE created the biggest stencil graffiti and received a Guinness World Record for this creation. Stencil graffiti was created by the theme of comic books and covered 11 square meters of wall.

In 2012, for the 50th anniversary of Spider-Man, organizers of „New York Comic Con“ built 2,5 metres wide and 2 metres hight greeting card. People were invited to sign this greeting card. At the end of the event Guinness World Record was fixed with 2707 signatures of attendees.

In 2012, for the 50th anniversary of Spider-Man, organizers of „New York Comic Con“ built 2,5 metres wide and 2 metres hight greeting card. People were invited to sign this greeting card. At the end of the event Guinness World Record was fixed with 2707 signatures of attendees.

Even stranger record was created in 2016 in Xiamen, China. 715 people came to the local „Comic Con“ dressed up as the French housekeepers or maids. It was not an issue to create this Guinness World Record even if 24 participants were not applicable according to strict standards.

Besides the fact that in „Comic Con“ events around the world a lot of Guinness World Records were created or broken, people that receive these records are being honoured there. For example, Sylvester Stallone received his certificate in San Diego „Comic Con“. He was honoured for the most successful sports films series about boxer Rocky Bolboa. „Saw“ creators were also honoured in the same event. Even people that created a record of eating the most chocolate bars in one minute got their certificate in San Diego „Comic Con“. By the way – the record is three „Milky Way“ bars.

Don’t miss your chance to become a part of historical event and buy your tickets in TIKETA.LT.