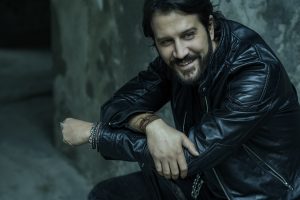 All comics’ fans have definitely seen Deadpool movie which made the debut on the big screen in 2016. Although the main character in the movie was Wade Wilson, Deadpool developers decided to include a few X-Men characters in the script. One of them is Colossus – a metal-covered warrior who spoke in English language with a Slavic accent.

This metallic kind-hearted giant is played by the Serbian actor Stefan Kapicic who was born in Germany. He has a phenomenal family: his mother was an actress from Montenegro and his father was a Serbian basketball player. While still being a kid, actor has received a comic book from his grandfather and since then became indifferent to Deadpool’s character.

Stefan Kapicic is one of the few Hollywood actors who has a degree in Dramatic Arts – he studied acting at the Faculty of Dramatic Arts in Belgrade. During his career he has already played more than 70 different roles in TV, cinema and theater. He has guest starred on hit shows including 24, The Unit, Numb3rs, The Event, he did a hero role in Universal Pictures feature film “Big Miracle” starring Drew Barrymore.

Although Kapicic is more known in his homeland, with new Deadpool sequel and new brutal fighting scenes on the way his popularity should expand in the United States.